What is a data layer? A data layer is a JavaScript object that you can use to pass information from your website to your Tag Manager container. You can then use that information to populate variables and activate triggers in your tag configurations.

Here are some resources for learning more about a data layer and how to use it: 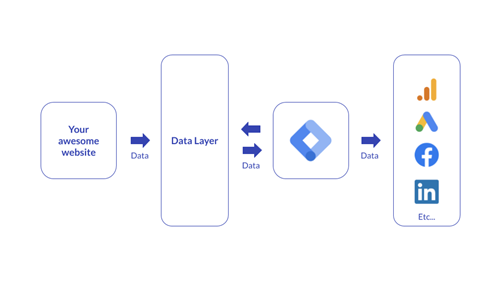 Adding Your Data Layer to ObservePoint

The first step is to go to your Account Settings within ObservePoint, by hovering over the cog icon in the bottom left corner. 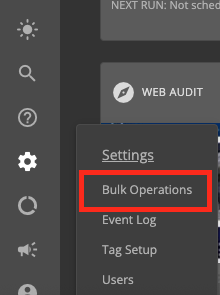 Then select the Domains tab:

Click edit on the domain you want to monitor your data layer in:

Then put in the name of your data layer: 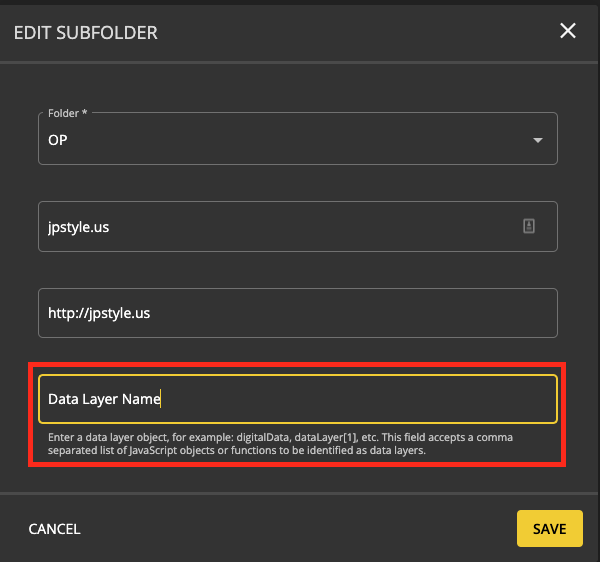 You can add more than one by putting a comma between the names. Once you have saved the data layer name you’ll need to rerun any audit or Journey you’re wanting to see it in right away, otherwise you’ll see it show on the next run of any audits or Journeys that are associated with that domain.

Looking at a Data Layer in your Audit/Journey

Any report that would show your tagging technologies will now also show the data layer on pages where it is found. It will show up as a tag (see screenshot). 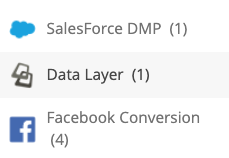 You can see the variables for your data layer in the Variable Summary report of an Audit or by expanding the data layer within a Journey report.

Once you’ve added your data layer to your domain(s), you can begin to set up alerts for your data layer. Just like any other rule in the ObservePoint, you can go from basic to complex. Here the three main use cases:

The rule set up below will check every single page and give you an alert if it does not see the data layer. You could change this up by adding a filter to the top and filter for URLs where you should have the data layer or if it sees the Adobe tag it should expect the data layer.

Monitor a Variable within the Data Layer

This rule setup is checking a specific variable within the data layer is correct. This rule says, on pages where the URL contains about-us or careers, I expect the Data Layer to have a variable called pageType that matches a regex for aboutus|careers (the pipe symbol | in regex means or).

Compare a Tag’s Variable Against the Data Layer Value

If your data layer is passing information to your tags you can use rules to compare the two. This rules says on all pages, I expect the Adobe Analytics tag to have a variable called 0.pageType and the value for that variable to be the same value as the Data Layer’s value for the variable pageType on that page.

Google Tag Manager's Data Layer commonly includes arrays. When creating rules, you will want to use Regex for the name. In the screenshot below, you can see an example where we select the pageName variable regardless of which number precedes it (the preceding number represents the array index).

Did this answer your question? Thanks for the feedback There was a problem submitting your feedback. Please try again later.